We have been monitoring the link between professional football and degenerative brain damage for well-over a year, now.

This diagnosis occurred during the landmark autopsy of West Bromwich Albion legend, Jeff Astle, in 2014, which we reported in edition 203 of BC Disease News (here). In the coroner’s supplementary report, his death was described as an ‘industrial disease’.

Some neuropathologists believe that CTE is by repeated blows to the head [episodes of (sub-) concussion]. The disorder has therefore been linked with contact sports and anticipated in former-professional athletes, including footballers who frequently head(ed) footballs. 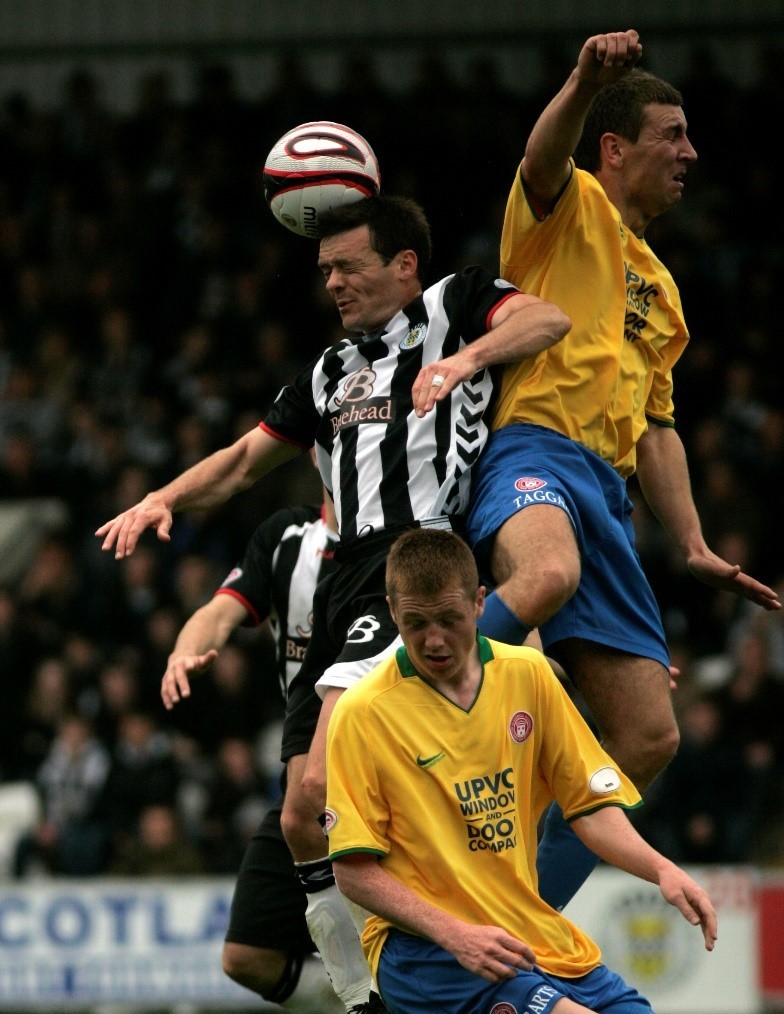 In 2017, the British Football Association (FA) and the Professional Footballers’ Association (PFA) commissioned a long-term project, called Football's InfluencE on Lifelong health and Dementia risk (FIELD). The ongoing FIELD study is led by Dr. Stewart, who is also an Honorary Clinical Associate Professor at the University of Glasgow’s Institute of Neuroscience and Psychology.

The protocol for FIELD was published in the British Medical Journal, in April 2019,[1] with results expected by the end of 2020.[2] 10,000 former professional footballers and 30,000 members of the general population are participating in this retrospective cohort review.

In edition 259 (here), when we last reported on the possible link between head trauma and the specific dementia sub-type, we informed our readers that The Telegraph had come by the interim results of a new study, once again involving Dr. Stewart.

His team inspected 11 brains that had been donated to the Glasgow Brain Injury Research Group (GBIRG) programme and identified that 72% of former footballers and 75% of former rugby players, with a history of dementia, exhibited CTE pathology.

Of the 7 ex-footballer and 4 ex-rugby players examined, whose careers spanned between 11 and 32 years, the vast majority first showed dementia symptoms in their 50’s or 60’s and died before the age of 80.

Considering that just 12% of the general population present with CTE pathology, incidence was 6-times higher among ex-professional athletes.

Full results of this ‘ground-breaking’ work have since been published in the Acta Neuropathologica journal.[3]

Perhaps the most interesting and ‘striking’ conclusion reached by the article’s authors is the extent of ‘mixed’ pathologies, co-existing with CTE, among young patients. This is because ‘mixed’ pathologies are typically observed in very elderly people.

As a result, the group from University of Glasgow, in collaboration with researchers from the University of Pennsylvania, invented the term, ‘Traumatic brain injury-Related NeuroDegeneration' (TReND), within which CTE could be just 1 variant.[5] The clinical significance of neuropathologic change consistent with CTE (CTE-NC) remains uncertain.[6]

Referring to CTE as a ‘passenger’ pathology, Dr. Stewart explained:

‘Our findings suggest that, while CTE is prevalent in a high number of the patients we studied, in many cases it is not the primary pathology driving the dementia.

In other words, while head injury-associated degenerative brain disease is important in these patients, the reality of dementia in former footballers and rugby players is that the disease is more than just CTE, and more complex.

This work demonstrates the incredible importance of research brain donation to support such detailed examination of the pathology of dementia ...’[7]

Having followed this study with interest, Dr. Bennet Omalu, the physician credited with having identified some of the first CTE cases in American football, agreed with Dr. Stewart that there is a need to ‘move away’ from the ‘monolithic’ view that CTE is the only type of brain damage associated with sport-related head trauma:

‘It is one of a spectrum. We now call it the Traumatic Encephalopathy Syndromes. TES. This includes dementias, Parkinson’s, Alzheimer’s, Lewy body dementia and others. We shouldn’t become myopic and focus on CTE alone. It is one of many diseases in this spectrum’.

Elsewhere, the ex-Newcastle United forward and television pundit, Alan Shearer, who has prominently campaigned for additional research on this issue, heralded the results as ‘incredibly important’:[8]

‘Finally, we are beginning to see some progress towards understanding dementia in former footballers and I look forward to hearing more from these studies’.

Other Relevant Updates in the Degenerative Brain Injury Field?

This is a juxtaposition to the clinical research appraised in the section above, which focused on the neurodegenerative effects of cumulative sub-concussive head trauma.

Results of the Medical Research Council and the NIHR Imperial Biomedical Research Centre-funded study were published in the 1st week of this month, in the Science Translational Medicine journal.[10]

Their brains underwent positron emission tomography (PET) scans and these were compared against the scans of 11 healthy individuals, who had not experienced a head injury.

The scans were testing for tau protein. Tau provides structural support to microtubules in nerve cells within the brain and, when these cells are damaged, tau forms into clumps, or ‘tangles’.[11] Presence of tau is believed to be connected to progressive nerve damage and CTE.

Consequently, scanning was combined with a substance that binds to tau protein, called flortaucipir.

Study findings confirmed that none of the control group brains contained ‘tau tangles’.

However, 15 of the 21 head injury victims had unusually high levels of tau, particularly in the outer layers most vulnerable to external impact. They also had higher levels of nerve damage, predominantly in the white matter of the brain.

Most significantly, this is the first time that ‘tau tangles’ have been observed in living patients, as all prior findings have occurred in post-mortem examinations.

‘This research adds a further piece in the puzzle of head injury and the risk of neurodegeneration. Not all patients with head injury develop these protein tangles, and some patients can have them for many years without developing symptoms. While we know tau tangles are associated with Alzheimer’s and other forms of dementia, we are only beginning to understand how brain trauma might lead to their formation. What is exciting about this study is this is the first step towards a scan that can give a clear indication of how much tau is in the brain, and where it is located’.[12]

A limitation of the study is that it was too small to say with certainty that there is a relationship between tau concentration and symptom severity (a dose-dependent response).

Nevertheless, it compliments yet more research from Dr. Stewart, who, in partnership with Dr. Elisa Zanier and Dr. Roberto Chiesa at the Mario Negri Institute for Pharmacological Research of Milan, has documented evidence of how a single traumatic brain injury can generate tau protein and slowly spread through the brain, resulting in memory deficit and neuronal damage.

‘... a single brain trauma is associated with widespread tau deposition in humans and ... the formation of a self-propagating form of tau in a relevant animal model [which] provides the first evidence for how a mechanical brain injury might evolve into chronic degenerative brain disease, including CTE’.[14]