Advancing a Claim for Bereavement Damages as a Cohabitee: The Fatal Accidents Act 1976 (Remedial) Order 2019

Who can bring a claim for a ‘bereavement’ award?

Since the Fatal Accidents Act (FAA) 1979 was amended by the Administration of Justice Act 1982, only spouses (and civil partners post-2004) and parents of unmarried minors have been able claim £12,980 for ‘bereavement’, under s.1(A).

In edition 210 of BC Disease News (here), we reported on the case of Smith v Lancashire Teaching Hospitals NHS Foundation Trust& Ors (Rev 2) [2017] EWCA Civ 1916, which was brought by an unmarried cohabitee, who had lived with her partner for 11 years.

The issue, plainly, was that the list of eligible claimants, under s.1A, was not as extensive as the list of ‘dependants’, stipulated by s.1(3) of the FAA, in respect of ‘dependency’ awards. The claimant, in Smith, submitted that s.1A(2) should mirror s.1(3)(b), which permits the payment of damages to a ‘2 year + cohabitee’. 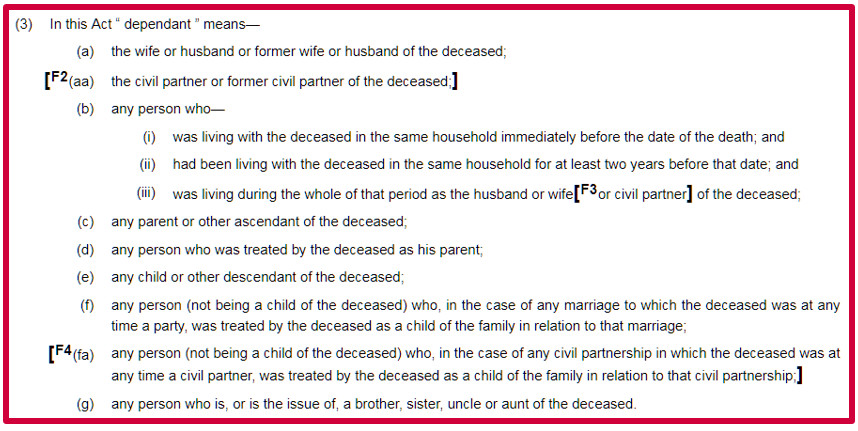 In the alternative, it was submitted that s.1A of the 1979 statute was incompatible with the European Convention on Human Rights (ECHR), as it violated her right to respect for family and private life (Article 8), so as to discriminate against her unlawfully, on the grounds of her unmarried status (Article 14). A declaration of incompatibility, in accordance with s.4 of the Human Rights Act (HRA) 1998, was therefore sought. 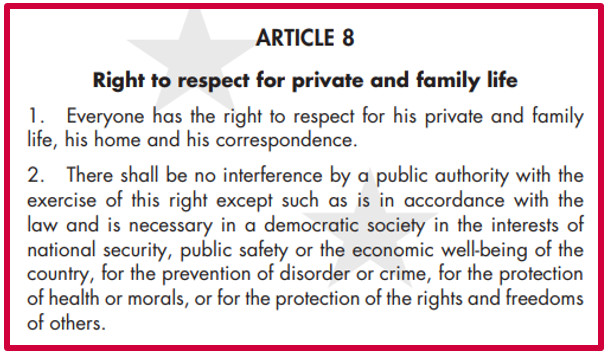 At 1st instance (reported in BCDN here), Edis J adopted a cautious approach. The FAA was followed, without breaching ECHR rights, but future reform was called for:

‘It is to be hoped that the outcome of this litigation may provoke some further discussion in Parliament for further legislation which might improve the current state of the law. The necessary provision would be short, probably uncontroversial, and would involve very limited additional expenditure’.

I conclude that the current scheme for bereavement damages in section 1A of the FAA, with its exclusion of unmarried cohabitees like Ms Smith, falls within the ambit of Article 8. I do so on the ground of the link with the core value of respect for family life in Article 8’.

After a considerable period of inaction, the Government has finally taken steps to amend the wording of s.1A(2).[i] 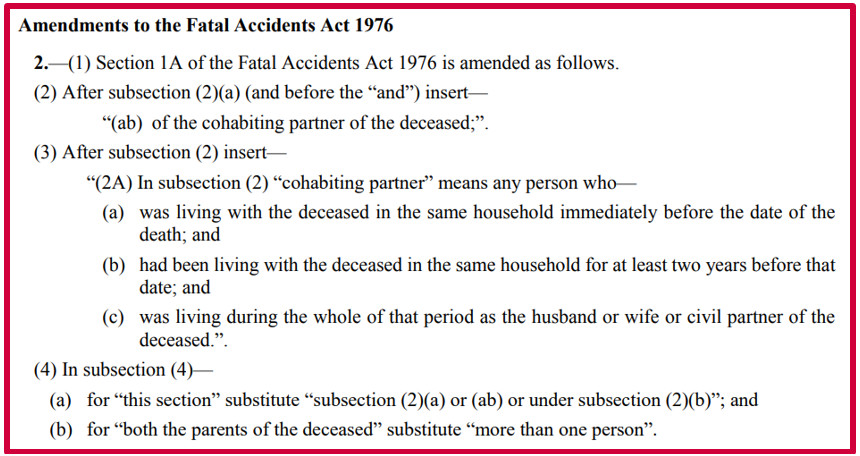 Accordingly, the effect of the Government’s proposed Order is to enable ‘a claimant who cohabited with the deceased person for a period of at least two years immediately prior to the death’ to bring a claim for ‘bereavement’ damages.

If there were multiple qualifying cohabitants, e.g. a separated spouse and a new cohabiting partner, the award would be divided equally.

The explanatory memorandum goes on to predict the potential impacts of the proposed Order:

‘There is likely to be some impact on the insurance industry in meeting claims for ‘bereavement’ damages from the additional category of claimant under this amendment.

However, we have assessed the likely number of future awards for damages under this amendment to be low and the financial impact too small to justify preparing a full Impact Assessment for this instrument’.

The Proposal has been presented under the ‘non-urgent’ procedure, meaning that Parliament and the Joint Committee on Human Rights will have 60 days to consider and scrutinise it. At the end of this period, a Draft Remedial Order can be laid down, which reports the details of any representations made and any revisions made to the Proposal. In the course of a further 60-day period, the Joint Committee must report on whether the Draft Order should be approved. Once both Houses of Parliament have given their approval, it can be signed into law (‘made’) by the minister who laid the Proposal and Draft Remedial Order.[ii]

Although the Association of Personal Injury Lawyers (APIL) has promoted this development as a ‘small but significant step’, the not-for-profit organisation is still campaigning for further extension of s.1A, as Brett Dixon, APIL’s President, explained:

‘We would like to see the law reflect modern society properly and what families actually look like in 2019. As it stands only spouses, children under the age of 18, and parents of deceased children under the age of 18, are entitled to claim bereavement damages. What about the bereft parents of the 19-year-old killed at work? Or the sister trying to deal with the loss of her sibling in a car crash which should never have happened?’[iii]