In our feature, we discuss the occupational risks associated with sheep dipping, in light of new evidence, suggesting that sheep scab is becoming more prevalent. Could this emerging trend result in future EL disease claims?

Farmer’s Weekly has reported a large increase in the numbers of sheep being infected with, and treated for, sheep scab since 2013[i]. One of the most effective ways to treat sheep scab is to dip sheep into a liquid containing organophosphate insecticides. Use of organophosphate insecticides is now heavily regulated, as long-term exposure to the pesticides is suspected of causing diseases, such as Parkinson’s.

WHAT IS SHEEP SCAB AND HOW IS IT TREATED?

Sheep scab is a parasitic disease caused by a mite that lives on the skin of sheep, and is highly contagious; an infection can start from a single mite. The main symptoms are itching and scratching. As the disease progresses, wool is lost and the skin underneath becomes covered with scabs. This causes rapid weight loss in affected sheep and lowers the birthweight in lambs born to infected mothers, with an increased of premature death. Increased feed costs and possible loss of stock can be costly for farmers. In Scotland, sheep scab is regulated by the Sheep Scab (Scotland) Order 2010, as amended by the Sheep Scab (Scotland) Amendment Order 2011. 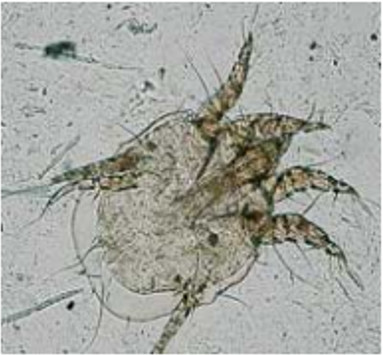 Sheep scab was eradicated from the UK in 1952, but reappeared in 1973. Between 1973 and 1984, there were numerous UK scab outbreaks.[iii] In the 1980s and early 1990s, dipping sheep to prevent the spread of scab was compulsory in the UK.  During the compulsory dipping era, organophosphate plunge dips were the treatment of choice (they were a safer alternative to organochlorine products that had been used earlier).  Sheep are dipped into a large container of liquid that contains pesticides effective against the mites that cause scab, as well as lice, blowflies and ticks. Typically, dipping was performed by the famers themselves. During the 1980’s, there was little awareness of the potential health hazards associated with pesticide exposure.

In 1992, the sheep dipping process ceased to be compulsory. This change was implemented by the Government because its eradication policy had failed and because the farming industry was undergoing deregulation. However, many farmers and activists attributed the change in approach to increasing awareness of the adverse health effects of long-term exposure to OPs.

The use of OPs is a controversial topic. We have previously discussed the risk of organophosphate exposure in the context of so-called ‘Aerotoxic Syndrome’, last mentioned in edition 201 (here). Elsewhere, we reported on an academic study, in issue 126 (here), which found that children in agricultural communities, frequently exposed to organophosphates, were associated with decreased lung function.

As an alternative to plunge dipping with OP insecticides, injections have also been effective against scab in the past. Pour-on and shower-based treatments are also available, but according to Farmers Academy[iv] and Vet Times,[v] these are not effective and should not be used.

However, in early 2018, it was reported that scab-causing mites had developed a resistance to macrocyclic lactones, found in certain injectable solutions[vi].  If resistance spreads, the range of treatment options available will be constricted to a smaller range of injectables and OP dipping.

Current OP regulations require any person dipping sheep to have a license to use and dispose of the product. Suggested preventative measures include the use of visors against eye protection; respirator masks for respiratory protection; and 300 mm rubber gloves, hazard chemical suit/lined waterproofs and wellington boots for skin protection.

Post-treatment, there is a withdrawal period of 49 days before sheep may be processed for meat or offal production. The Health and Safety Executive (HSE) advises that OP sheep dips are only to be used with ‘closed transfer systems’. These devices are designed to reduce the risk of operator exposure to the dip concentrate while dipping baths are filled[vii].  HSE guidance also includes advice on engineering controls, PPE and risk reduction throughout the dipping procedure.

It is well known that, like many other pesticides, single, intense doses of OP insecticides can result in death by poisoning. OPs are known to affect the nervous system by preventing an enzyme called acetylcholinesterase from functioning normally, resulting in muscles being continuously instructed to contract. Sheep dipping farmers are concerned with the effects of long-term exposure to small doses.  Many have reported chronic symptoms, such as fatigue, memory loss, weakness, joint and muscle pain and depression. These symptoms have been attributed to chronic exposure to OPs.  There have also been reports of short-term ‘dipper’s flu’, in which dippers report flu-like symptoms shortly after dipping.  However, as these chronic and acute symptoms are vague and have non-discernable causes, clinicians are unable to attribute them to OP exposure, or define a particular condition caused by OPs.

In 2013, a meta-analysis of 14 studies, investigating the neurotoxic effects of long-term exposure to low levels of OPs in occupational settings, was published. Data from more than 1,600 participants was considered.

The authors of the study reported that:

‘The majority of well-designed studies found a significant association between low-level exposure to OPs and impaired neurobehavioural function which is consistent, small to moderate in magnitude and concerned primarily with cognitive functions such as psychomotor speed, executive function, visuospatial ability, working and visual memory.’[ix]

By contrast, in 2014, the Committee on Toxicology issued a statement which indicated that[x]:

‘The current balance of evidence suggests that there is no long-term risk of clearly demonstrable peripheral neuropathy from exposure to organophosphates that does not cause overt short-term poisoning; a conclusion that has strengthened with the passage of time.’

It went on to state, in terms of low-level OP exposure, that:

‘Overall there is no consistent evidence that low-level exposure to organophosphates has adverse effects on any specific aspect of cognitive function. If organophosphates do cause long-term neuropsychological impairment in the absence of overt poisoning, then the effects at least in the large majority of cases, must be minor and subtle’.

Since the 2014 report, studies have hinted at possible links between OPs and cancers[xi] [xii], reproductive effects[xiii], lung function[xiv] and Parkinson’s disease[xv].  However, assessment of the extent to which study participants have been exposed to OPs is difficult to quantify. As such, many studies have presented weak evidence at best, in support of associations with diseases.

Further, the Veterinary Medicines Directorate publishes figures on the number of adverse health conditions onset by veterinary medicines. In its latest publication, it reported on incidents in 2016. Two incidents were related to skin dip products, both in large/food animal owner/handlers, but no more detail was provided, in respect of these incidents[xvii].

He believes that ‘sheep scab is definitely a worsening problem’, and ‘the fact that scab is a taboo subject makes the condition harder to address’. Indeed, among livestock farmers, sheep scab is a source of embarrassment.

The only successful UK court settlement was brought by a farm worker, John Amos Hill, in 1997.[xix] It was found that he ‘had not been given adequate warnings of the health risks of using the chemical or protective clothing’. [xx]

Elsewhere, a former farm college shepherd was forced to retire from his job after his health deteriorated over a 12 year period.[xxi] He claimed that he was suffering from fatigue, mood swings, tingling, numbness, and memory problems. His job was the twice-yearly dipping of the college sheep flock. As a result, he sought compensation from his employers (Lancashire County Council) and an out of court settlement was reached for £80,000.[xxii]

This was a landmark UK group litigation case, involving 25 farmers who alleged that they had been poisoned by OP sheep dip. In this case, the farmers pursued the chemical companies responsible for making the dip.

A pilot study was undertaken and the farmers were subjected to ‘conduction analysis, bone examinations, immune testing and psychometric tests’ to identify if there was a link between the use of OPs and the range of symptoms presented amongst the group.

On review of the test results, Dr Sarah Myhill opined:

‘Taken as a whole, if you look at all the tests done among all those farmers there’s a very clear pattern that emerges which I think, on the balance of probabilities, one can say is almost certainly is almost due to pesticide or chemical poisoning’.[xxiii]

The judge at first instance suggested that a consultant should review the report. However, the defendant chemical companies applied to strike out the claim, on the basis that there was no evidence in support of OP poisoning.

The High Court struck the claims out on causation arguments.[xxiv] It could not be proven that the claimants’ symptoms were directly caused by OP exposure. On appeal, Morland J upheld the High Court decision.[xxv] [xxvi]

If the numbers of sheep scab are indeed increasing in Britain, it is likely that the amount of OP sheep dip being used will increase. Many users of OP sheep dips are likely to be contractors, as was the individual featured in Farmer’s Weekly. Users of OP dips are required to limit the exposure of anyone directly involved in dipping, and dispose of the product carefully, thus limiting exposure to others. Since 2006/2007, there has been far tighter control and regulation on the use of OP sheep dip, and working practices have improved significantly.  Therefore, the potential for success in sheep dip exposure claims will be reduced if exposure is alleged to have occurred post-2006/2007. However, an increase in the use of OP-based products to treat the 40-fold increase in sheep scab will no doubt increase the probability of exposure incidents.

[i] Dipping sheep to control scab – what you need to know. Farmer’s Weekly. 3 May 2018 http://www.fwi.co.uk/livestock/dipping-sheep-to-control-scab-what-you-need-to-know.htm (Accessed 5 May 2018)

[x] Statement on long-term neurological, neuropsychological and psychiatric effects of low-level exposure to organophosphates in adults. Committee on toxicology of chemicals in food, consumer products and the environment. https://cot.food.gov.uk/sites/default/files/cot/cotstate.pdf (Accessed 10 May 2018)