Government Actuary Revises the Personal Injury Discount Rate in Northern Ireland to Minus 1.5%

This rate was recommended by the Government Actuary’s Department (GAD), in a 17-page Report, dated 15 March 2022.

However, the new PIDR in Northern Ireland is actually closer to the interim PIDR of (-)1.75%, which was established in May 2021 and raised many eyebrows. At the time, Alastair Ross, Head of Public Policy for Northern Ireland at the Association of British Insurers’ (ABI), expressed ‘surprise’ and ‘disappointment’ that the nation boasted having the ‘lowest discount rate in the world’ – see edition 326 of BC Disease News (here).

The methodology for setting the rate is laid out in The Damages (Return on Investment) Act (Northern Ireland) 2022, which received Royal Assent on 2 February 2022. The Government Actuary was given the responsibility of revising the rate under this methodology and has done so for the first time.

Whilst no longer following the House of Lords’ Wells v Wells [1998] UKHL 27 approach (the old UK-wide methodology), the purpose of the PIDR remains the same, namely to account for the amount of money that a personal injury claimant my earn by investing lump-sum damages, awarded for future loss of earnings, care costs, etc. By adjusting the compensation figure with an appropriate PIDR, the claimant should be put in the same financial position that they would have been in had they not been injured (the 100% compensation principle).

Specifically, in Northern Ireland, the legislation makes clear that the PIDR is to reflect the rate of return that could ‘reasonably be expected to be achieved by a person’ who invests (1) in the notional portfolio (2) for a period of 43 years – see s.7(2) of the Act. 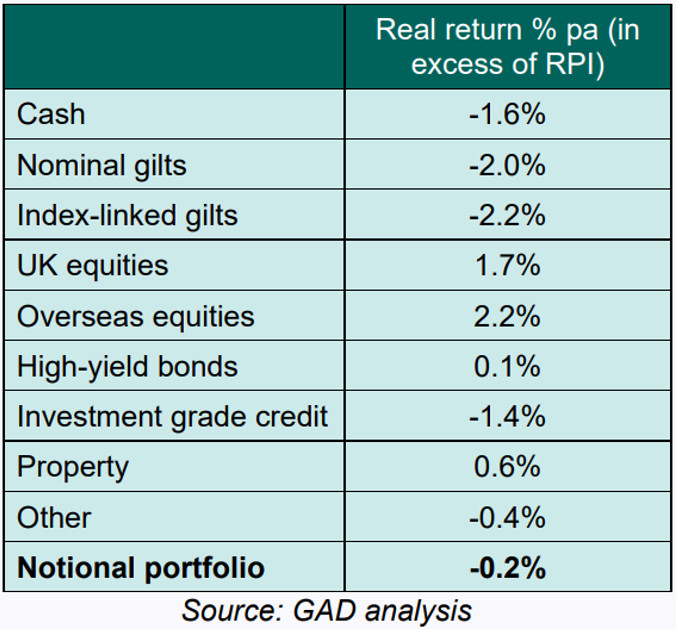 Pursuant to s.10(2) of the Act, so-called ‘standard adjustments’, made by the rate-assessor, served to further decrease the rate of return below (-)0.25%.

Deductions of 0.75%, for the impact of taxation and the costs of investment and management advice, and 0.5%, to signify margin of error, were made (1.25% in total).

Thus, the final recommendation put forward by the GAD was a PIDR of (-)1.5%.

Justice Minister, Naomi Long MLA, ‘welcomed’ the work of the Government Actuary in adherence to new legislative framework, emphasising the need for ‘full compensation’ for those who have ‘sustained serious injuries through no fault of their own’ and assuring ‘fairness’ for paying defendants.[1] She went on to state that she was ‘pleased’ that ‘uncertainty about the rate’ should end with the 2022 Act now in full force.

The reality is that the negative PIDR characterises the potential short-, medium- and long-term impact of current political and economic conditions. It is a reflection of an economy facing high inflation, low interest and modest returns on bonds and equities.[2] It exhibits the Brexit situation and the evolving conflict between Russia and Ukraine.

In this way, despite anticipation of a minus rate closer to (-)1%, the new rate can hardly be described as surprising or shocking

Paragraph 1.7 of the GAD Report discloses that:

The next PIDR review in Northern Ireland is scheduled for July 2024, at which time reviews will also be occurring in England and Wales and in Scotland. This should ensure synchronicity across the United Kingdom and shut down the practice of ‘forum shopping’, whereby claimants seek to bring actions in a jurisdiction where damages are higher, i.e. where the discount rate is lower.