On 14 April 2021, the final Report Stage of the Overseas Operations (Service Personnel and Veterans) Bill took place in the House of Lords, which was the penultimate opportunity for members to debate potential amendments to the legislation (unlike in the Commons, amendments could also have been tabled at the 3rd reading[i]).[ii]

We last discussed this topic in our ‘Horizon Scan’ of the Disease Market for 2021, here.

Part 2 of the Bill was drafted in such a way that it seeks to amend the statute of limitations in the specific context of civil claims brought against the Ministry of Defence (MoD) by (ex-) service personnel, in respect of personal injuries or death, which relate to overseas operations of the armed forces (‘overseas armed forces actions’) – see clauses 8 and 9. 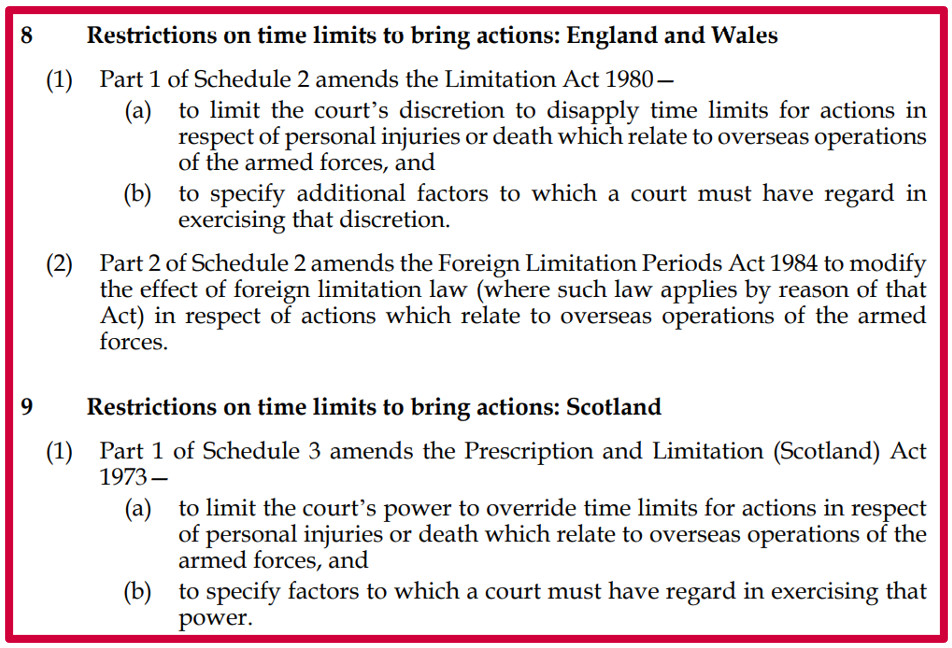 In its original format, the Bill varies the ordinary workings of the Limitation Act 1980 by preventing the court from exercising its discretionary power to disapply the primary limitation period, pursuant to s.33, after the expiration of 6-years from either ‘the date on which the cause of action accrued’, or ‘the date of knowledge (if later) of the person injured’ – see s.11(4).

For prospective long latency noise-induced hearing loss (NIHL) or asbestos-related disease claims, the 6-year longstop would not affect claimants who commenced litigation within the limitation period, i.e. 3-years from the ‘date of knowledge’ (this would ordinarily be acquired later than the ‘cause of action’ in such claims).

If, however, a hypothetical claim was brought out of time, the claimant would only have an additional 3-years after the relevant date, subject to the success of a s.33 application. Once 6-years from the ‘date of knowledge’ elapses, a court would no longer be able to exercise its jurisdiction to hear the claim on an indefinite basis.

Nonetheless, the claimant would (if they had not already) still benefit from 1 more year to seek redress under the no-fault Armed Forces Compensation Scheme (AFCS), which establishes a 7-year limitation period.

In reality, statistics show that 94% of service personnel and veterans who brought claims relating to events in Iraq and Afghanistan did so within six years of the date of the incident or the date of knowledge. It is argued that only a small number of claims could be affected by the 6-year longstop and that the Government would ‘widely publicise the new longstops through briefing notes and routine ordered across all three [military] services’ to pre-empt these claims – read the open letter to the Parachute Regimental Association, dated 23 September 2020, here.

On the flipside, antagonists in the Lords counter that ‘carving out claims by service personnel from the longstops would have very little practical impact’, i.e. would affect so few claims that it is not worth legislating for.

At the 2nd reading, a fortnight ago, Liberal Democrat peers, Lord Thomas of Gresford and Baroness Smith of Newnham, jointly tabled ‘Amendments 7 and 8’, with the purpose of removing clauses 8 and 9 from the Bill (see image above), on limitation period restrictions.

However, these were not pressed and instead, Labour peer, Lord Tunnicliffe, moved to discuss and vote on ‘Amendment 13’, which sought to exempt serving or former service personnel (but not civilians) from the longstop by inserting a new clause after clause 12 into the Bill, as follows:[iii] 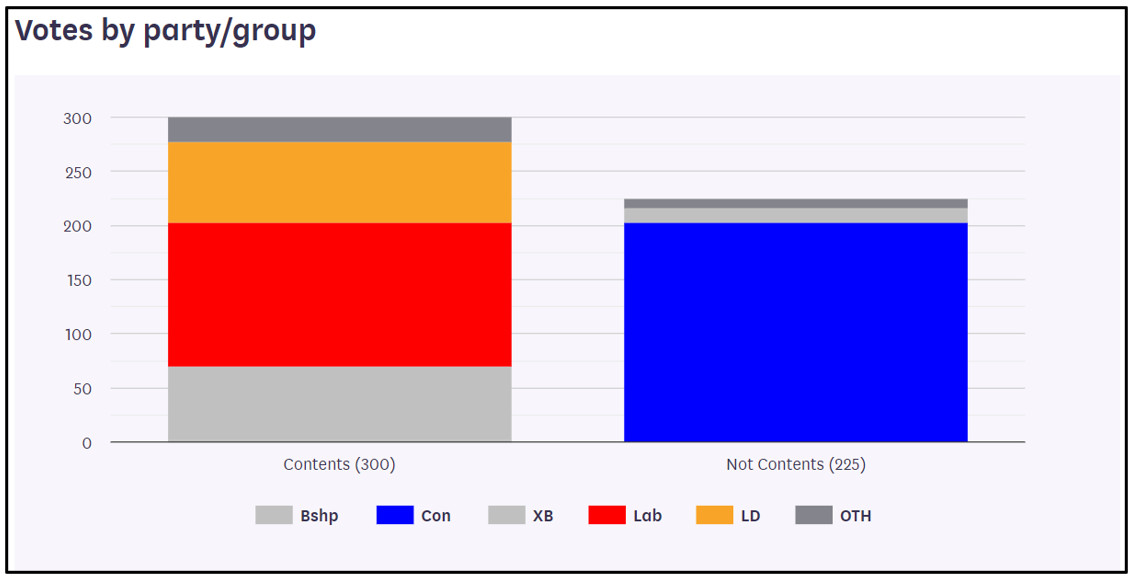 As documented in the Lords Hansard report of the final Report Stage, Lord Tunnicliffe was sceptical of the MoD launching ‘three times more investigations against personnel who pursue civil claims than it did five years ago’ and implied that the Government was ‘increasingly more suspicious of civil claims from troops against the MoD’. It was for this reason that he submitted that lawmakers should not ‘provide additional limitational hurdles’.[vi]

Later on in the debate, Crossbencher, Lord Stirrup, shut down proponents of limitation changes, who say that the vast majority of claims advanced by service personnel relate to events in the UK rather than overseas operations, by denouncing such statements as ‘irrelevant’.

‘To argue that only a small number of service personnel would suffer injustice does not seem to me a respectable position for a Government to take at any time, let alone in a Bill that is supposed to provide support and reassurance to those people’.

Some peers were critical of ‘Amendment 13’ for creating a 2-tier system for claims, whereby veterans are allowed more time to bring their overseas operations personal injury case than civilians. Labour peer, Baroness Chakrabarti, was of this opinion, seeing it as ‘levelling down’, as opposed to ‘levelling up’, to deny overseas civilians equivalent protections. Despite preferring ‘Amendments 7 and 8’ for their so-called ‘wrecking’ effect, she still supported ‘Amendment 13’, on the basis that ‘half a loaf is better than no bread’.

Similarly, the Association of Personal Injury Lawyers welcomed the voted-for amendment, but warned that it ‘does not go far enough’.[vii]

After the 3rd Reading, the Bill was transferred back to the Commons for consideration of the Lords amendments, pending Royal Assent.

Scrutiny took place on 21 April, with the House fundamentally disagreeing with the tabled Amendment for the following reason:

‘Because the limitation periods proposed in Part 2 of the Bill allow reasonable time for the bringing of claims, and it would be incompatible with the European Convention on Human Rights for different periods to apply in respect of different types of claimant’.[viii]

The Lords and Commons are now engaged in political ‘ping pong’, during which period the Bill will go back and forth between each place until both Houses reach agreement on its exact wording.[ix]

Today, the House of Lords was due to start considering the Commons amendments, but readers will have to wait until the next issue of BC Disease News to find out whether any compromise has been reached.

Conservative Party architect of the Overseas Operations Bill, Johnny Mercer MP, was ‘relieved of his responsibilities’ last Tuesday. He has since been replaced by Leo Docherty MP.[x]