In edition 309 of BC Disease News (here), we reported that the Liability for NHS Charges (Treatment of Industrial Disease) Scotland Bill had been formally introduced, following the publication of responses to the devolved Government’s consultation and a final proposal.

The significance of Stuart McMillan MSP’s Bill, as we discussed at great lengths in our previous article, is that it seeks to ‘enable Scottish Ministers to recover, from the party responsible for causing an industrial disease, certain costs incurred by the NHS in providing care and treatment to those suffering from that disease’.

Simply put, the established position across England, Wales, Scotland and Northern Ireland is that there has never been a mechanism through which NHS charges can be recouped from negligent employers (nor their insurers) for the treatment of ‘primary diseases’ (excluding diseases that spur from an ‘accident’) sustained by claimant employees, which result from tortious exposures in the workplace – see s.150(5) of the Health and Social Care (Community Health and Standards) Act 2003. 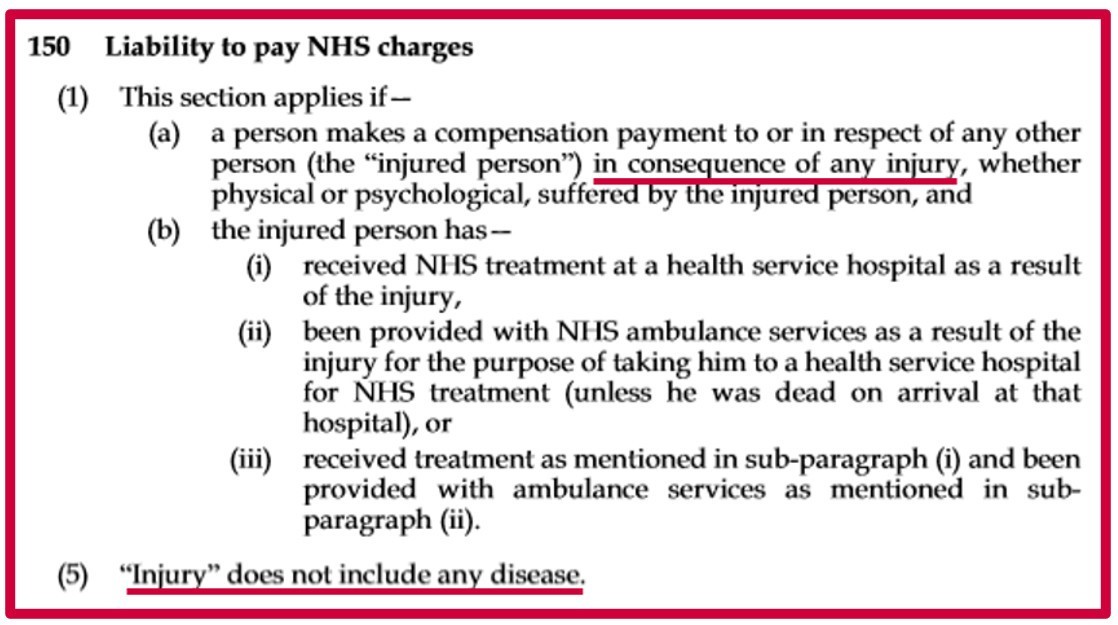 If given Royal Assent, the proposals contained within the Bill would fundamentally change that position by amending the 2003 Act.

Since the Bill was introduced in March of this year, it has not progressed beyond the 1st of 3 stages of scrutiny, before members of the Health and Sport Committee.[i]

However, on 12 August 2020, the Committee made a public ‘call for views’ on the Bill in its currently drafted form, with specific interest in:

Looking forwards, it is becoming less and less likely that an Act could be passed this Autumn, but we will continue to update our readers as and when any material developments arise.