In edition 302 of BC Disease News (here), we reported that UK football authorities would soon be releasing detailed guidelines to introduce a phased ban of heading in youth football training sessions.

On schedule and with ‘immediate’ effect, updated heading guidance was disseminated a fortnight ago, courtesy of the Football Association (FA).[1]

The FA’s Head of Grassroots Coaching, Les Howie, considers this ‘common sense, practical and graduated guidance’ to be a ‘natural evolution of the game’ and has quelled accusations that this is an ‘over cautious’ move. Additional to the information provided in the table above, he advises that coaches also inflate footballs to the ‘lowest pressure authorised by the Laws of the Game’.[2]

The catalyst for the Association’s program of precautionary measures is mounting scientific evidence that cumulative football-related head trauma (potentially heading of footballs), of a sub-concussive nature, increases the risk of neurodegenerative disease.

A potential issue, if the repeated impact of heading a football were to be identified as a definite cause of latent brain disease, is that unlike concussion, which presents with recognisable signs and symptoms in the immediate aftermath of head trauma, there are currently no known markers of sub-concussive head injury.

This would therefore put sub-concussion sufferers at risk of being overlooked, from a clinical perspective.

However, The Daily Mail,[3] a fortnight ago, revealed that researchers at the University of Indiana, have, in the first trial of its kind, pinpointed possible new methods for detecting ‘acute subconcussive injury’.

67 male footballers, with a mean age of 20.6 years, were split into 2 groups. The test group, comprising of 36 participants, was asked to head a ball 10 times. The control group, by contrast, was asked to kick a ball 10 times. Mimicking typical speed of play during matches, balls were projected at a speed of 25 miles per hour (mph).

While the motion of kicking a football did not induce detectable levels of head acceleration with a triaxial accelerometer, linear and rotational accelerations were recorded among those that headed the ball.

‘... sub-concussive head impacts may affect neuro-eye function, at least in the short term’.

To assess oculomotor function (movement of the eye and eyelid), which was already known to be sensitive to brain trauma, the researchers performed the near point of convergence (NPC) test. This measures the closest point at which there is a ‘break in fusion’ between that which both eyes see,[5] i.e. where a single object is perceived as 2 objects, rather than 1. The medical term for double vision is diplopia.[6] Normal NPC values would typically extend up to 10 cm (from the object to the nose).

Performing the NPC test relies on eyes converging, which is made possible by coordinated stimulation of the 3rd cranial nerve (oculomotor), which controls the medial rectus muscle in the eye, and inhibition of the 6th cranial nerve (abducens), which controls the lateral rectus muscle in the eye.[7] If this process does not occur (potentially due to sub-concussive head trauma?), NPC test scores may be distorted by convergence insufficiency.

This latest study aimed to reproduce earlier findings and was successful in doing so. Heading the ball ‘significantly worsened’ NPC and this persisted for up to 24-hours. However, while the NPC change was statistically significant, it was not clinically significant – the oculomotor impairment was ‘mild’.

Based on claims that NFL, football, ice hockey, and rugby players sustain a mean frequency of 650 sub-concussive head impacts per season, yet mild impairment was observed with only 10 impacts, the study authors called for standardised guidelines to monitor athlete safety.

Supplementary to the effects on oculomotor function, it was also hypothesised that sub-concussive impacts would attenuate neuro-ophthalmologic function (vision, control of eye movements, pupillary reflexes, etc.). To assess this, participants undertook the King-Devick® test (KDT).

The digital application is endorsed by the Mayo Clinic, an American not-for-profit academic medical centre.[9] It is a 2-minute number naming examination, in which an in individual reads aloud single digit numbers in a left-to-right sequence, as fast as they can (while trying to avoid making errors), thereby allowing clinicians to identify defective eye movement, attention levels, language function and other areas that correlate with sub-optimal brain function.[10]

BC Legal adaptation of a King-Devick®-style test: 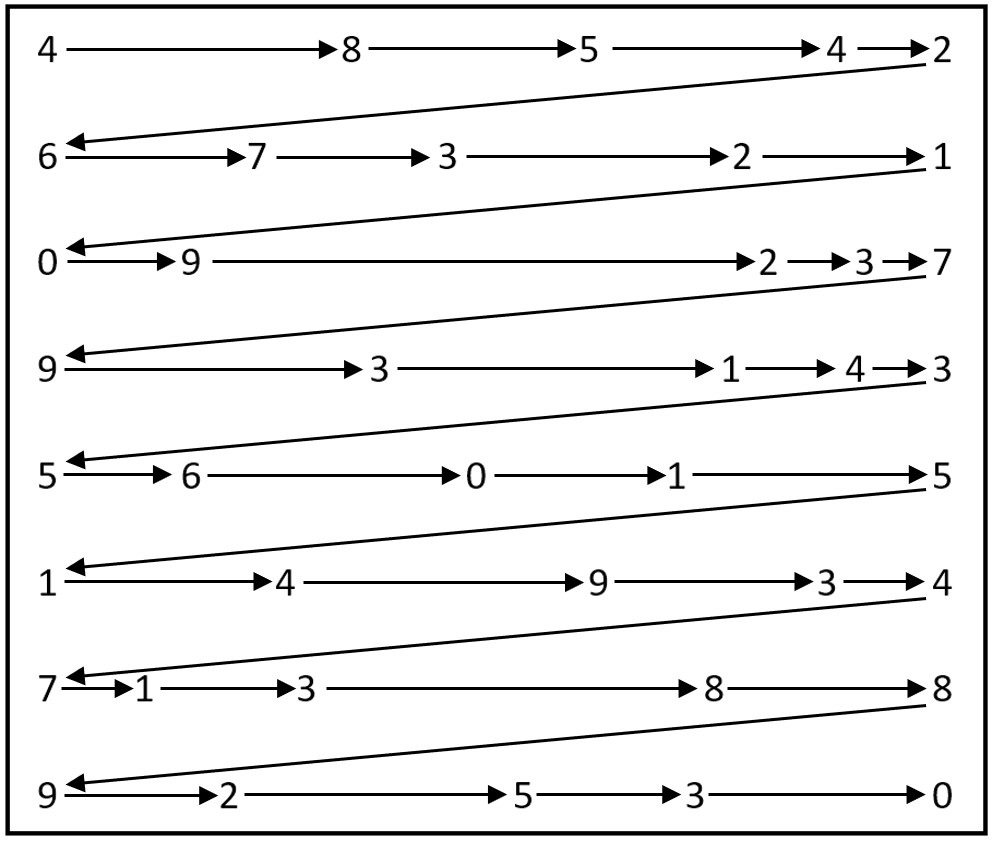 What the researchers witnessed, was that the kicking-control group performed KDT faster than the heading group at every interval, even though both groups improved at every interval. This implies that headers ‘transiently blunted’ the neuro-ophthalmologic ability to learn and adapt to the KDT.

Another difference recorded was that errors (skipping or misreading) made by heading group increased at every stage of the investigation, peaking at the final interval (24 hrs post). Of course, a conceded limitation of this study was that the interval range was small and peak errors could theoretically have extended beyond the 24-hour mark.

In summary, the Indiana University academics concluded by stating:

Looking to the future, therefore, it will be interesting to see if those who are diagnosed with acute subconcussive injury through KDT and NPC analyses go on to develop neurodegenerative disease.