HSE Publishes Health and Safety at Work Statistics for 2018/19

Some of the key figures reported in the latest health and safety at work report, include:

With the exception of mesothelioma mortality, all of the key statistics above are identical to those presented in the 2017/18 document, which we analysed in edition 254 (here). 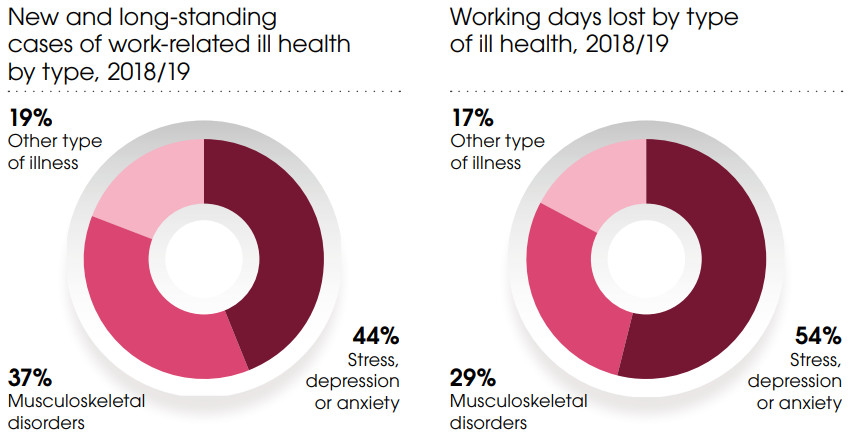 The rate of self-reported work-related ill health has been broadly flat in recent years.  The same pattern has emerged for the number of working days lost (per worker).

The industries with work-related ill-health rates that were statistically significantly higher than the rate for all industries were: 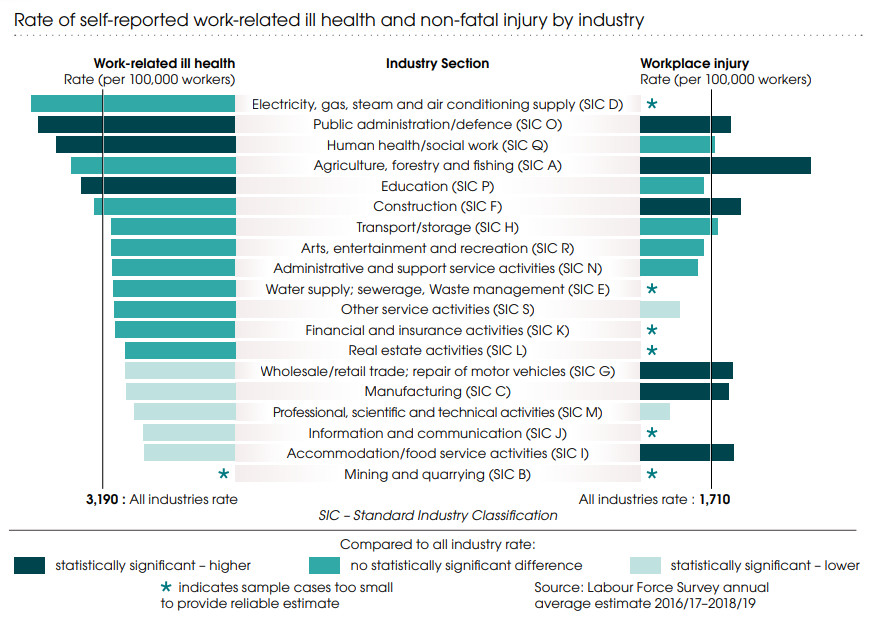 Data from 2018/19 was combined with data from 2016/17 and 2017/18. This revealed that the industries with the highest rates of stress, depression or anxiety (from highest to lowest) were:

The rate of stress, anxiety or depression cases (per 100,000 workers) was broadly flat until 2016/17, at which point the number of cases started to increase. 2018/19 statistics indicate that cases are still on the rise.

Averaging of data collected between 2016/17 and 2018/2019 demonstrated that the industries with the highest rates of musculoskeletal disorders (from highest to lowest) were:

The number of musculoskeletal disorder cases (per 100,000 workers) has generally decreased over the past 2-decades and the figures for 2018/19 continue this trend. Likewise, the number of working days lost (per worker) follows a long-term downward trend.

Based on Labour Force Survey data, it is predicted that manual handling, awkward or tiring positions and keyboard work or repetitive action will be the main causes of work-related musculoskeletal diseases in future years.

Over the past 3-years, Labour Force Survey information has shown that there are, on average, 18,000 new cases of breathing or lung problems caused or made worse by work (10% less than the 3-year average calculated in 2017/18).

Lung diseases that contribute to the estimated current annual deaths are:

There were 132 new cases of occupational asthma seen by chest physicians in 2018. While there is no notable change in the estimated rate of new cases over the past decade, there were 38% fewer cases recorded than in 2017. 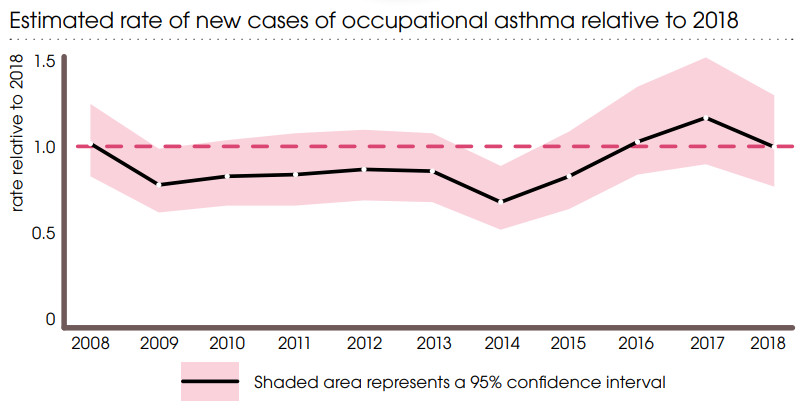 In 2017, there were 2,526 mesothelioma deaths recorded (see HSE’s mesothelioma statistics for Great Britain, 2019). No significant decline in annual mesothelioma mortality (below the benchmark of 2,500) is expected until the end of the decade, according to the latest projections.