The document catalogues WELs for use with the Control of Substances Hazardous to Health Regulations 2002 (as amended).

As was reported back in edition 198 of BC Disease News (here), the Carcinogens and Mutagens Directive 2004/37/EC was revised by European Commission’s Directive 2017/2398 to include new WELs for 13 substances.

These have now been substituted into the latest iteration of EH40/2005.

In the table below, we compare the latest version of EH40/2015 (4th edition) with its predecessor (new values are framed in red): 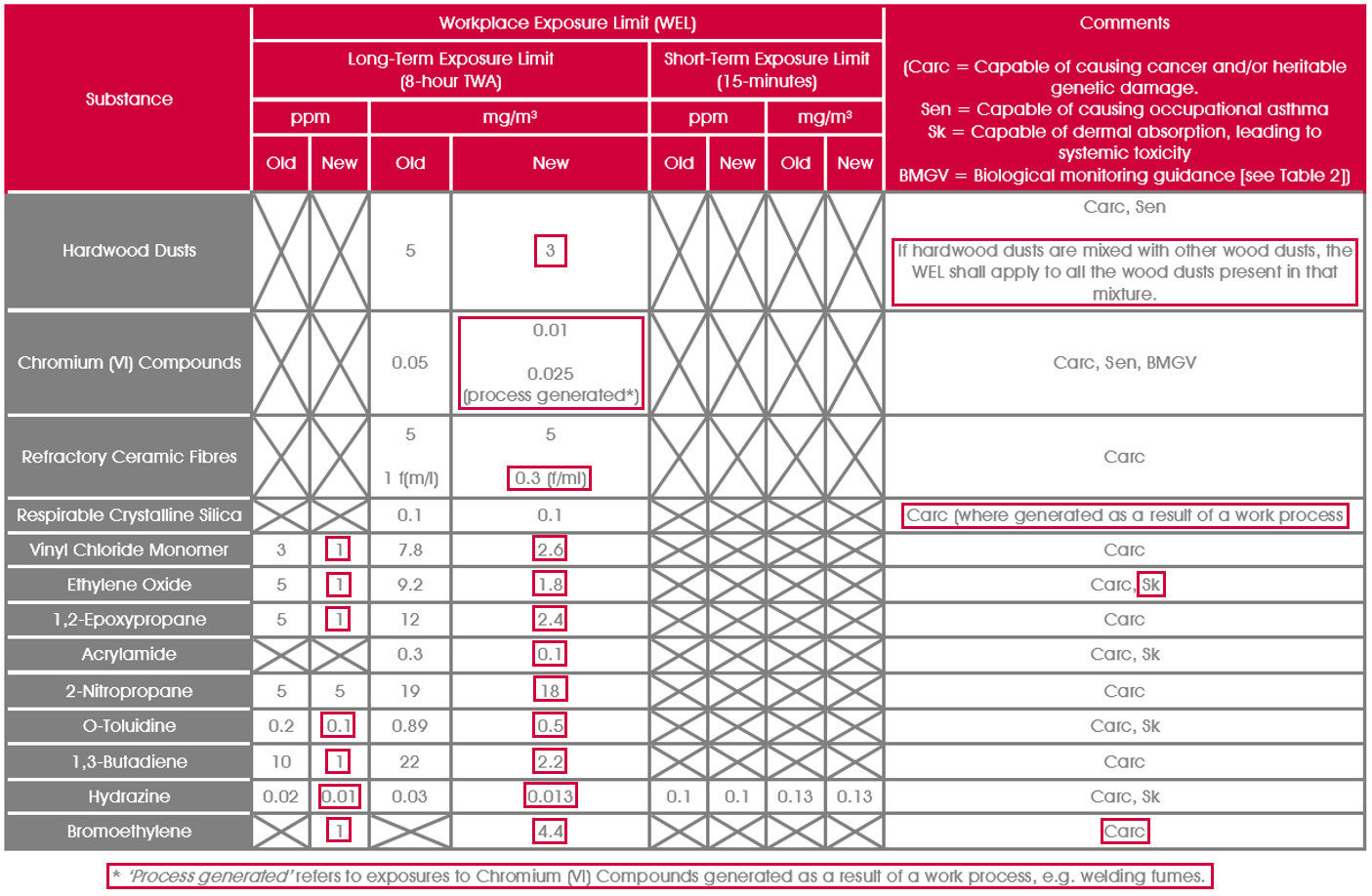 Some alterations are fairly drastic – see the long-term parts per million and (ppm) and milligram per cubic metre (mg/m3) WELs for 1,3-Butadiene (also known as Buta-1,3-diene), both of which have decreased by a factor of 10.

Other modifications have been relatively minor – see WELs for 2-Nitropropane, of which only the mg/m3 limit is more stringent than before – and only by 5%.

For the first time, respirable crystalline silica (RCS) has been categorised in the Health and Safety Executive’s (HSE) publication as being ‘capable of causing cancer and/or heritable genetic damage’, while, in another first, bromoethylene has been added to the list.