Is Asbestos-Containing Beer Responsible for a 4-Fold Increase in Oesophagus Cancer Cases, in the UK?

Indeed, asbestos was widely used in industrial brewery facilities and machinery, and could be found in:

However, perhaps most controversially, breweries historically used asbestos containing beer filters in sterile filtration processes, which may not only have put workers at risk, but also the general public.

The first beer filters were paper-based and difficult to manage, but by 1880, brewing factories had begun using cotton filters, called ‘pulp cakes’. These were long-lasting, but lacked tensile strength and were inefficient.[3]

In the 20th century, ‘pulp cakes’ were evolved into asbestos-containing beer filters.

First described in 1914[4] and used for ‘many decades’, upgraded filters were made from cotton fibres mixed with asbestos (and cellulose). In the US, asbestos content was as high as 50%.[5]

At 4.5 mm thick, with a pore size of 5 to 20 mm,[6] asbestos beer filters relied on a process called ‘depth filtration’, by which sediment and harmful microorganisms were separated from brewing fluids, either by mechanical (microbes entrapped) or by adsorptive (microbes fixed by electrical charge) effect.

After knowledge of asbestos carcinogenicity trickled down to the brewing industry, existing filters were replaced with kieselguhr or perlite-based sheet filters.

Until then, breweries had typically used hundreds of asbestos filters, on a daily basis, and, since they were easily cleaned and reused, asbestos in the filters had the proclivity to become old and dry, at which point it was friable.[7] As such, it is possible that unprotected brewery workers, prior to the 1980’s, may have inhaled disturbed asbestos fibres.

In 1986, Dr. Rob Reed, of Brewing Research International (Surrey, UK), confessed that the risk of occupational disease might not be the only type of health risk connected to asbestos-containing beer filters:

‘Over the past ten years the Industry has become increasingly concerned about the health aspects of asbestos. While there is the possibility of asbestos fibres ending up in the filtered beer, the case for hazard to health from ingestion of asbestos is by no means proven. Even so, sensitivity to public concern and the more real hazard to operators handling the cloth, have caused many brewers to drop the use of asbestos’.[8]

Gauging asbestos levels present in the end-product, Biles & Emerson (1968) used electron microscopes to test 6 samples of commercially bottled and canned beers. They found what was believed to be chrysotile asbestos fibres, at an average rate of 5,000 fibres per pint.[9]

A couple of years later, the World Health Organisation (WHO) published data on asbestos in beer, reporting concentrations of 0.151 million fibres per litre (MFL) and 4.3 to 6.6 MFL,[10] as identified by Cunningham (1971).[11]

Putting these figures into perspective, the results of a survey of asbestos concentrations in raw and treated waters in the United Kingdom, conducted by Conway and Lacey (1984), indicated that most drinking water contained asbestos fibres in concentrations varying from ‘not detectable’ up to 1 MFL.[12]

Water-transporting cement pipes were the presumed sources of asbestos in the drinking water tested.

Increased Prevalence of Gullet Cancer Shows that Beer was Laced with Asbestos?

Earlier this month, experts at the Universities of Cambridge and Liverpool published an academic article in the Nature journal,[13] which implies that asbestos exposure through ingestion of contaminated beer, in the 1970’s, may be the cause of an unusual 4-fold increase in oesophageal adenocarcinoma over the past 50-years, in an unexplained male to female ratio of 4:1. [14]

The condition, which shares some molecular resemblance with pleural mesothelioma, is the 14th most common type of cancer, according to Cancer Research UK,[15] with 9,100 new cases diagnosed every year (25 cases per day). The mortality rate is high, killing around 8,000, annually, with 85 to 89-year-olds most likely to be affected.

On the basis that the oesophagus, or gullet, is the tube that carries food from the throat to the stomach and that asbestos has been found in proximate sites at autopsy, it has been hypothesised that consumption of beer, laced with asbestos, is the underlying cause of the cancer spike.

Whilst the researchers point to asbestos-containing beer filters (discussed above) as the source of toxicants in beer sold to customers, they also divulge anecdotal evidence that pub landlords would, as a matter of ‘common’ practice, ‘cleanse’ impurities in leftover beer, called ‘slops’, by adding handfuls of asbestos after establishments closed. In this way, the product could be served to unsuspecting patrons on the following day without wastage.[16] 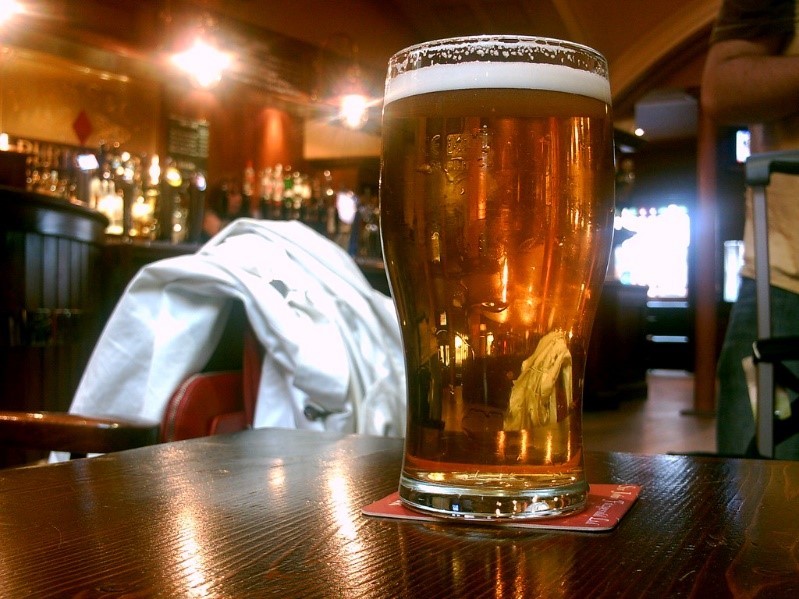 Dr Jonathan Rhodes, Professor of Medicine at the University of Liverpool, advised The Sun, that:

‘Asbestos from beer consumed before around 1980 seems a plausible factor’.[17]

Somewhat contravening this, Andy Tighe, of The British Beer and Pub Association, rationalised that asbestos was used to manufacture other food and drink products and not just beer:

‘It’s difficult to associate health impacts from any one potential source’.[18]

Nevertheless, if exposure was as frequent as is conjectured, for how long could ‘asbestos victims in waiting’[19] foreseeably be diagnosed with oesophageal adenocarcinoma?

Answering this question, the lead authors projected that: