Over a year ago, the now defunct claimant industrial disease specialist, Roberts Jackson, was sold out of administration to AWH Legal.

To read our thorough analysis on ‘The Rise and Fall of Roberts Jackson’, which featured in edition 249 of BC Disease News, click here.

In a new development, this week, appointed insolvency and restructuring practitioner, Quantuma LLP, filed its Administrator’s Progress Report with Companies House, which, among other things, provides unsecured creditors with an updated outlook of predicted recoveries from what remains of the business.[i]

When the firm was sold, the Statement of Affairs disclosed that the business had assets worth around £3.4 million, a significant portion of which constituted money tied up in work-in-progress (WIP). 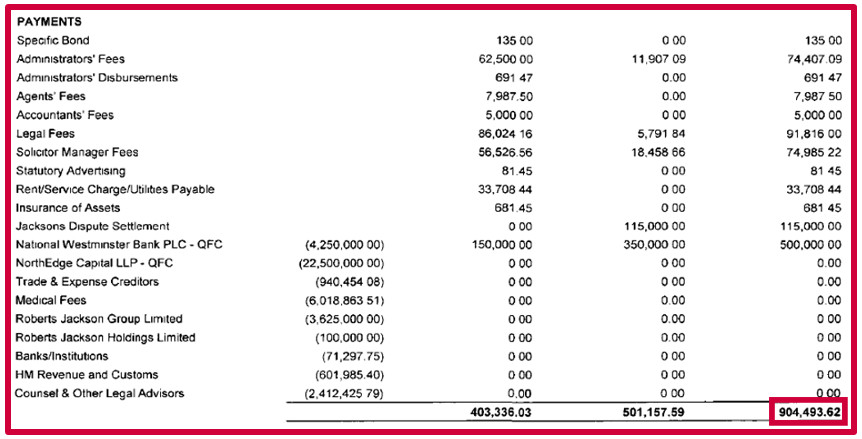 With the best and worst case estimates of future receipts collected by Roberts Jackson being approximately £2,589,000 and £3,222,000, respectively, the likely assets available for unsecured creditors is likely to be between £420,500 and £562,000. 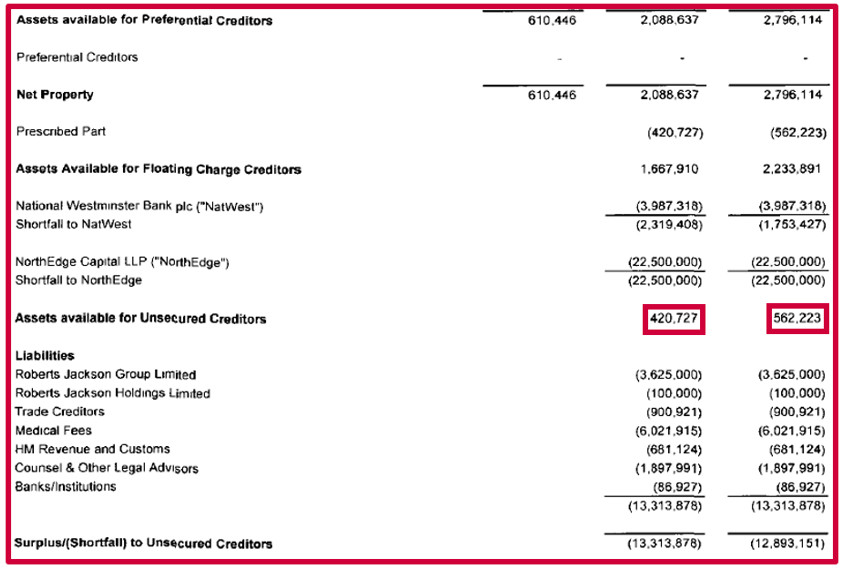 The joint administrators had initially (in the Statement of Affairs) projected that unsecured creditor claims could be in the region of £13,770,000, but have since been written down to £13,313,000. To-date, however, the Progress Report discloses that 109 claims have been received at a value of £7,471,000.

Meanwhile, private equity investor, NorthEdge Capital, which acquired 43% of Roberts Jackson’s issued share capital in 2014, holds an inter-creditor agreement governing the relationship between Natwest and itself. NorthEdge is owed £22,500,000.