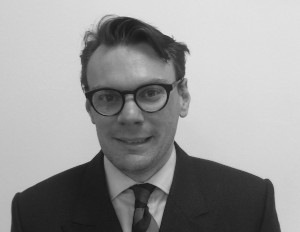 DD: 01133 230 468
Email: This email address is being protected from spambots. You need JavaScript enabled to view it.

Liam qualified as a Barrister in July 2017 following an in-house pupillage where he split his time between Chambers in Manchester and our Leeds Office. Liam’s was under the supervision of Margaret McDonald of Kenworthys Chambers and Gary Brankin.

Liam specialises in Occupational Disease Claims and in particular asbestos-related diseases. Liam acts for a variety of insurers for all asbestos-related conditions which often have a value in excess of £500,000.

In addition to asbestos claims, Liam is very knowledgeable in all types of occupational disease claims having handled numerous NIHL, HAVS, Dermatitis and RSI / back Injury claims, achieving a large number of discontinuances.

Liam acts for Defendants in Courts nationally and regularly acts in CCMHs, CMCs, Applications and hearings before High Court Masters on the specialist Asbestos List. Liam has a strong track record of advising on paper, drafting pleadings and Part 18 /35 Questions in the full range of Disease Claims.

Liam joined DAC Beachcroft’s NIHL claims handling team in 2012 and was promoted to acting supervisor in 2013, ensuring the quality of advice and strategy for five paralegals. Liam was also the client relationship handler for several major corporate insureds.

Liam won a Scholarship to undertake his LLB studies at the University of Leeds and completed his BVC at BBP Leeds part time whilst working full time gaining valuable legal experience.

Reported Cases: McGowan -v- AMEC Buildings Limited (2017) (Lawtel doc No: AC0154721) which concerned a fatal asbestosis claim heard by Mrs Justice Andrews who found that there was no evidence to conclude that the Deceased was exposed to asbestos during his employment.

Fudge -v- F G Minter Limited & 2 others (2018). Claim was found to be statue barred and Sir Robert Francis QC refused to exercise discretion. The Claimant has attempted to make a claim in 2008 but was unable to find insurance cover. The claim was brought 6 years out of time. Liam acted for a major insurer and undertook investigations described by the Judge as “diligent” and was required to give evidence at the trial.