In edition 295 of BC Disease News (here), we reported on the case of Stoney v Allianz Insurance plc (Liverpool County Court, 7 November 2019), wherein a personal injury claimant sought to recover the cost of issuing his claim (£455) from the defendant as a disbursement.

Recoverability was disputed, however, on the grounds that the claimant was eligible for court fee remission and had therefore ‘unreasonably incurred’ the fee.

On this occasion, the claimant failed to convince District Judge Jenkinson (the burden rests with the receiving party) that the court fee had been ‘reasonably incurred’, as the exemption regime was not an ‘overly onerous’ or ‘disproportionate’ task to complete. Further, the fact that the application process does not enquire about ‘alternative means of funding the court fee’, implied that the court fee is to be regarded as the ‘claimant’s costs’.

Contrast this with the recent case of Ivanov v Lubbe (Central London County Court, January 2020),[i] on the same subject.

Although the decision was not reported, key extracts of the judgment were shared by Gordon Exall on his blog: ‘Civil Litigation Brief’.[ii]

Having successfully advanced a personal injury claim, valued at £6,500, the claimant sought to recover his £455 court fee from the losing defendant.

As was also the case in Stoney, the claimant in Ivanov was eligible for (but failed to obtain) court fee remission.

However, the end result was different from Stoney, with His Honour Judge Lethem finding in favour of the claimant.

At first, the Circuit Judge observed that making the necessary application was not ‘unpredictable’, or ‘burdensome’ for the claimant, with hundreds of people successfully navigating the forms on a daily basis. Unless solicitors are, for example, instructed shortly before the limitation period expires (an ‘exceptional’ case), it could not be said that the expectation on claimants to seek fee remission is ‘unreasonable’.

He was nevertheless satisfied that there were 2 distinct, but intertwining ‘routes’ which supported the finding that it was ‘not unreasonable for the Claimant to pass on the hearing fee to the Defendant’. Accordingly, the fee was awarded under CPR 45.29I powers. 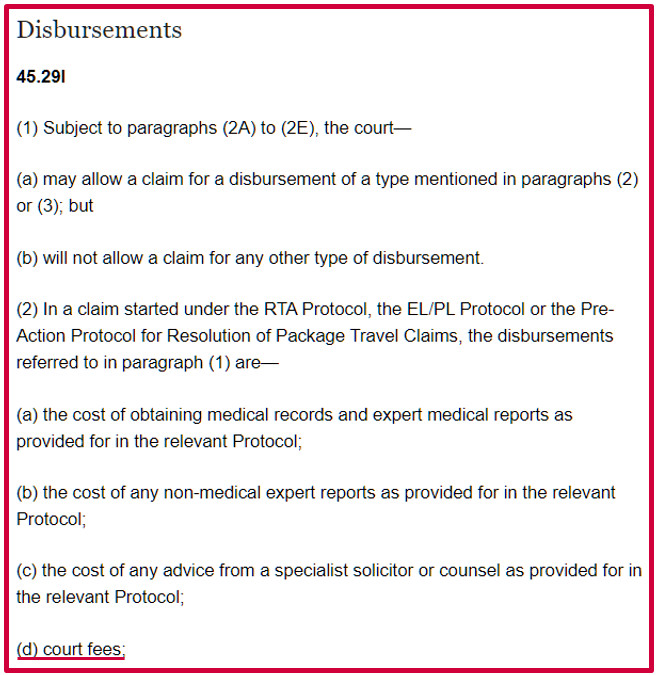 The claimant, in Stoney, cited the case of Peters v East Midlands Strategic Health Authority & Ors [2009] EWCA Civ 145, in which the claimant sought to recover compensation for future care and accommodation from the defendant, in preference to accepting state-funded benefits.

Reference to Peters was made because, to all intents and purposes, the only difference between the cases was contextual, i.e. that Stoney regarded costs and Peters regarded damages.

Nonetheless, the defendant contended that ‘the arena of costs is different from that of damages’ and DJ Jenkinson was not in disagreement.

Whereas, in Ivanov, Peters was judged to be part of a ‘formidable body of case law’ that strengthened the claimant’s position, with similar approaches having been taken in Parry v North West Surrey Health Authority (The Times, 5 January 2000) (gratuitous assistance), Liverpool v Ousel (The Liverpool) (No 2) [1963] P 64 (gratuitous funding) and Bee v Jenson [2007] EWCA Civ 923 (insurance-based funding).

‘... it is difficult to see why a logic that applies to a Claimant who has alternative sources of funding, whether it be state (Peters), insurance (Bee v Jenson), another gratuitous source of funding (Liverpool No.2) or gratuitous support (Parry) should be different’.

Aside from the fact that the burden of proof is different when assessing costs on the standard basis than when assessing mitigation of loss, the defendant could not contribute a ‘fundamental distinction’ that made Ivanov ‘diametrically different’, contextually-speaking, from any of the other cases cited.

Hence, there was rationale for adopting the same approach in Ivanov, i.e. allowing costs to be recovered from the defendant.

Another persuasive argument forwarded by the claimant was that it would be contrary to the intentions of public policy if the claimant were unable to recover the fee from the defendant; considerations which were relevant to an assessment of ‘reasonableness’, under CPR 44.3 and CPR 44.4.

HHJ Lethem agreed that it would be wrong if the tortfeasor were able to ‘obtain a windfall from the fact that the Claimant is fees exempt’ and this was ‘not the purpose of the fees exemption scheme’. Thus, it could not be deemed ‘unreasonable’ for the claimant to ‘preserve the public purse and direct the cost of wrongdoing on the tortfeasor’.

‘It would be revolting to the ordinary man's sense of justice, and therefore contrary to public policy, that the sufferer should have his damages reduced so that he would gain nothing from the benevolence of his friends or relations or of the public at large, and that the only gainer would be the wrong-doer’.

A Conflict in Need of a Solution

Submissions provided in the Stoney case drew attention to an appreciable conflict of opinion on this issue at the County Court level. This caused DJ Jenkinson to implore the Civil Procedure Rule Committee (CPRC) and Parliament to work towards a consensus:

‘I can fully understand that it is perhaps an unpalatable submission on behalf of a Defendant’s insurance company that the court fee which has been necessarily incurred as a consequence of the negligence of their insured, should be borne not by them but by the state. However, if that position is felt to be wrong as a matter of principle, it is in my judgment a matter for the rules committee or for Parliament to address’.

Ivanov, therefore, has only added fuel to the fire, but may impress upon the regulators a sense of urgency to reach a speedy legislative resolution, i.e.:

After all, the impact of the clarifying provision could be considerable for firms that handle high value mesothelioma and clinical negligence claims, which can incur court fees up to the value of £10,000. 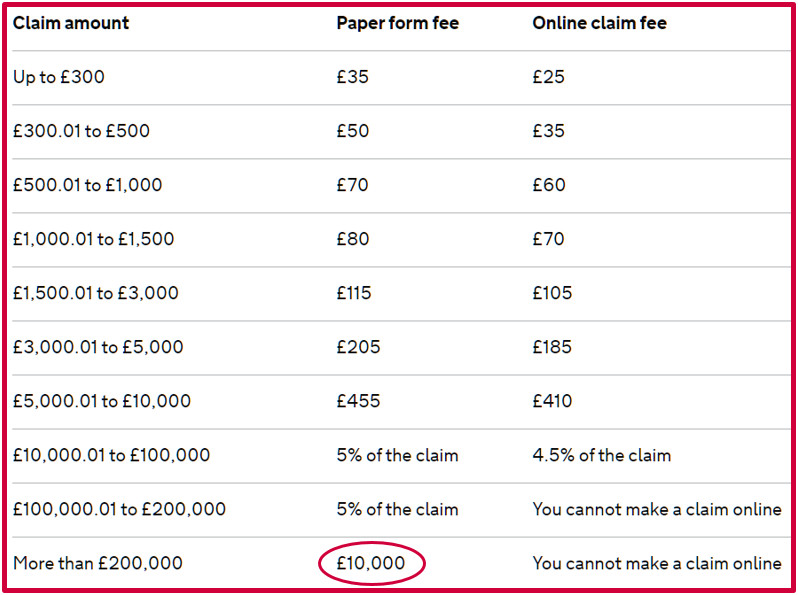 [i] Levins Solicitors, ‘New case on fee remissions: HHJ Lethem ruling in Ivanov v Lubbe that paying party has to pay the court fee despite the receiving party not having availed himself of the fee remission scheme’ (21 January 2020 Twitter) <https://twitter.com/LevinsLaw/status/1219566559674490880> accessed 23 January 2020.